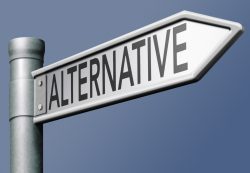 “Most of us are not really approaching the subject [scriptures] in order to find out what Christianity says: we are approaching it [them] in the hope of finding support from Christianity for the views of our own party.” – C.S. Lewis, Mere Christianity.

It is obvious that there is ongoing and increasing tension in relationships with anyone who has differing thoughts or ideas. We can’t seem to change the mind of another nor are we willing to have our own changed, in fact we see evidence all over the place supporting our belief that we are right about the big questions in politics, religion and society. To put it bluntly, what we already believe, dictates what we accept to be true. This phenomenon is confirmation bias and we seem to be unable to avoid it in ourselves or in others.

what we already believe, dictates what we accept to be true. This phenomenon is confirmation bias and we seem to be unable to avoid it in ourselves or in others.

How Deep Does This Go?

I would probably go further than Lewis and say that people approach most or all the information that they absorb similarly to the way they read and absorb Scripture. I regularly witness Christians with a set of beliefs and values that they hold to become nervous and defensive, and unable to interact with others in a healthy way once those ideas are challenged or when new ideas are introduced.

In Christianity, these topics spread far and wide:

The way these topics are understood, and views held on them shape dramatically our understanding of the Christian faith as well as who can be admitted into churches and whether or not a person belongs in a certain faith community.

The short answer to the question: This goes all the way down to the core of our identity.

It Hurts to Not Allow Change

I recently heard Brian McLaren say, “we are not set up to welcome truth, but are instead set up to welcome what we already think.” Because of this, we find support for the things that we want to believe and communicate in ways that give our views as more legitimacy than those of our neighbor. This is all done at the expense of distancing and devaluing the people in our lives.

A white-knuckled grip on what we understand along with the need to be right can cause a tremendous amount of unnecessary pain and loss. Distance between ourselves and friends and family who hold different scientific, political, and religious convictions leave us with unattended wounds. Churches and fellowships will be left due to the inability to accept that there is room for multiple views and understandings or because the minister does not share our political or social leanings and communities will be found that feel more comfortable.

A white-knuckled grip on what we understand along with the need to be right can cause a tremendous amount of unnecessary pain and loss.Click To Tweet

Don’t hear me say that there are not times when we shouldn’t cut ties over irreconcilable differences. There are times when relationships can’t be mended without a miracle but the social views of your friend, relative, pastor or neighbor is not one of those times. There are a few things that can be done to confront confirmation bias and provide space for hearts and minds to be changed.

The words, “I don’t know,” have the power to teach humility and diffuse tension in a disagreement. When the reality is embraced and lived out that 8 hours of cable news and 34 memes that echo back what is already believed doesn’t make anyone an expert, there is now some space for discussion. There might even be information considered and wrestled with that was not able to be accepted previously.

I once heard a Jewish Scholar say that, “Christians just don’t fight well.” Her point was that there is plenty of space for differences in understandings and opinions on most things and instead of disagreeing and giving up, consider the alternatives and change where needed (at least loosen the grip). Don’t take differences personally, honor the person and their position, thick skin and soft hearts are signs of faithful Christian living.

I was recently at a workshop, learning improv comedy, and the thing that stood out most to me was the emphasis on active listening.  It is easy to think that listening to someone means quietly crafting our response to what we think they are saying.  Instead, listening is trying to understand what a person is feeling and communicating. We are then able to build on that understanding together through dialogue.

It is easy to think that listening to someone means quietly crafting our response to what we think they are saying.  Instead, listening is trying to understand what a person is feeling and communicating.

Recognizing where we are accepting information that simply affirms what we believe and working to against it can make space for healing to occur. In our divided churches and communities, it is imperative that we, with thick skin and soft hearts, listen to each other, assume the best in our neighbors and even allow our minds to be changed.

If you are interested in learning more about confirmation bias here is a source with lots of great information.