(Here are my hasty responses to questions asked by a woman writing a book about “who is pulling the strings” in our country. The indented paragraphs are her questions.)

Thanks so much for your interest and your kind words. I apologize for not responding sooner – it was just very difficult to get anything like that done on our trip. 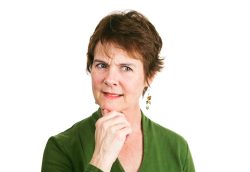 Starting with — what are you doing, what your
background, why did you start this site???

I’ve pastored churches and taught high school and college. I work part-time doing professional training for a local college, working in business and industry. I’m on disability retirement from the post office (rural carrier). This site and another one (bibleweek.clubsymposium.org) [no longer available] take up a number of hours a week. The site started as a Christians for (Howard) Dean project in September of 2003.

1) when did you first notice any major move towards
theocracy — a couple years ago, last few months? Who
is behind it, do you think

I didn’t really see it as such until the last year or so. A lot of people are behind it; I don’t think I could add any names you don’t already know.

2) You mention Focus on the Family polls — what were
they asking? How big of a force do you think Focus on
the family is and what do you think of Dobson and what
he is doing?

The poll was about the “nuclear option” (filibuster). It seems Focus is a much bigger force than I realized until recently. I’ve been bothered by Dobson’s attitudes and treatment of political issues and persons for several years (8 or 10?). Early on I had considerable respect for what I thought he was trying to do (back when they were still in the LA area). My personal take is that it’s another case of a guy getting prominence and power for doing things that more or less needed doing, then being seduced by the attractions of power. The old saying of Lord Acton’s, “Power corrupts, and absolute power corrupts absolutely.”

3) How do you think Tim LaHaye fits into picture? Are
you familiar with the Council for National Policy that
he started up with Rushdoony and others? What do you
think of them?

I have not studied the CNP. I have very little respect for LaHaye, to my mind a classic exploiter of Scripture and of people’s interest in God and the Bible for the sake of financial and power purposes – taking the cheap and easy road to “success” at the expense of the spiritual lives of many and perhaps even of the whole world. I certainly hope he doesn’t see it that way, but there will surely come a time when the light dawns.

I much appreciated one of Rushdoony’s books when I was a beginning philosophy student, but was never able to find anything else by him that seemed to be worth my time.

4) When I first found out about the Ten Commandments
in govt buildings, the Constitutional Reformation Act
and other moves to blur state and religion I thought
there must be Christians who are really opposed to
this. What’s your sense on what people are thinking,
saying, doing? Is there a movement forming that is
opposed to church and state merging?

There are many non-“right” Christians who oppose those movements, but they are kinder, gentler folk, and they don’t fight in the mud, nor do they get much media attention. Among “evangelical” churches the “proper” and expected way to think is to strongly support these theocratic movements – after all, we “have to” support God and the Bible. I hear it all the time.

5) In a nutshell, what do you think is going on: who
is doing it, what do they want (ie OT law
established), why — and how much do you think Bush
involved. And what do you think about it? Are moderate
and right Christians getting concerned that they will
be mixed up with the ultra right — that the ultra
right is starting to speak for them?

A) I take it as a pragmatic and unholy alliance between, on the one hand, utterly cynical manipulators (national Republicans) of popular opinion for the sake of political / financial / military dominance, and on the other hand, religious leaders who have become obsessed with power and are willing to try to ride the tiger for the sake of their own “success” and even political / financial / military dominance. But when you get on the tiger, how do you get off?

Bush – Cheney – Rove is very deeply involved. It is a masterpiece of manipulation and exploitation. I despise it. I hope, and part of me expects, that it will crumble in a horrible stinking collapse of incompetence and corruption – but then that’s what they thought about the early Nazi’s. I personally do not think comparisons to the early Nazi’s are out of order.

I have heard and felt the fear that a backlash against the arrogance and hypocrisy of the religious right will paint with a very broad brush, and will turn into a backlash against any and all monotheism, particularly any form of ChristianityClick To Tweet

...religious leaders obsessed with power who are willing to try to ride the tiger for the sake of their own 'success' even political / financial / military dominance. But when you get on the tiger, how do you get off?Click To Tweet

6) Can I refer people to your site in my book?

My hope is that a) there really is a grassroots strength in American democracy that will take these scoundrels down, and b) there really is a great deal of good-heartedness out there in these “evangelical” churches that will respond with significant humility and willingness to repair damage when it becomes even more clear what kind of corruption we are dealing with here. Unfortunately there is a lot of evidence that I will turn out to be wrong on both counts.

I’m mostly trying to get a sense of what is going on,
what I’ve missed, but could I quote you in my book
maybe?

If I send something quotable that will not misrepresent me or anybody else, please feel free.

Thanks again for your interest and your work!