Here are excerpts from a sermon by Martin Luther King, primarily on war. There are some very potent remarks here. He was referring primarily to the Vietnam mess, but the remarks travel very well to our current behavior. (This is gratefully lifted from Ari’s recent valuable post in the Forum.) 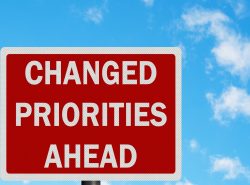 “I sometimes marvel at those who ask me why I am speaking against the war. Could it be that they do not know that the good news was meant for all men — for Communist and capitalist, for their children and ours, for black and for white, for revolutionary and conservative? Have they forgotten that my ministry is in obedience to the one who loved his enemies so fully that he died for them? What then can I say to the “Vietcong” or to Castro or to Mao as a faithful minister of this one? Can I threaten them with death or must I not share with them my life? “

“A true revolution of values will soon cause us to question the fairness and justice of many of our past and present policies. On the one hand we are called to play the good Samaritan on life’s roadside; but that will be only an initial act. One day we must come to see that the whole Jericho road must be transformed so that men and women will not be constantly beaten and robbed as they make their journey on life’s highway.”

A nation that continues year after year to spend more money on military defense than on programs of social uplift is approaching spiritual death
“The Western arrogance of feeling that it has everything to teach others and nothing to learn from them is not just.”

“A true revolution of values will lay hands on the world order and say of war: ‘This way of settling differences is not just.’

cannot be reconciled with wisdom, justice and love. A nation that continues year after year to spend more money on military defense than on programs of social uplift is approaching spiritual death.”