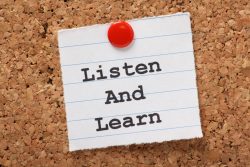 This short list is a result of a number of hours I spent in the New Testament’s “Acts of the Apostles” recently. I believe there is some valuable teaching here. Headline 1 below gives two preliminary safety measures for Bible study. Headline 2 brings six values / guidelines for practical affairs.

It is much better to set a Bible passage aside for the time being if you are not sure what means. If you “make stuff up” about what Bible passages mean, you build a false house for your mind and your spirit. That never turns out well. Plus, if anyone listens to you, you also damage them!

b. RESPOND SERIOUSLY TO WHAT YOU KNOW FOR SURE – KFS.

When we find principles or values that are clear to us, let’s take them seriously. It’s dangerous to ignore them. Things we “Know For Sure” from the Bible can bring great blessing, transformation, and even power into our lives.

When we find principles or values that are clear to us, let’s take them seriously. It’s dangerous to ignore them. Things we “Know For Sure” from the Bible can bring great blessing, transformation, and power.Click To Tweet

2. Values in Acts That We Would Do Well to Honor

Repeatedly we see God’s concern to include everyone who is willing. People of many languages at the Pentecost festival – foreign widows needing food assistance – an official from central Africa – even high-ranking soldiers of the enemy occupation.

b. IT’S ABOUT JESUS

Although the Holy Spirit is mentioned more in Acts than in any other book, whenever there is a sermon Jesus is the featured personality. Two things stand out.
1) People are urged to believe in Jesus, which was often demonstrated by their being baptized in his name.
2) When the Holy Spirit is working in the believers, they end up doing the kinds of things Jesus himself did, or taught about.
It’s about Jesus.

Faith, in the book of Acts, is not about believing some new idea. It’s repeatedly about surrendering one’s own actual life patterns to the status and authority of Jesus who, as they repeatedly say, is both Lord, and the Messiah (Christ).

God guides them to recognize and serve the food needs of foreign-language and foreign-culture widows among them. Most of the miracles are healings of sick or disabled people. God makes clear that they cannot exclude someone from the Gospel of Jesus just because that person is non-Jewish. They take up offerings to help people in different places who are suffering from famines.

There were often events that were beyond normal. Speaking in languages they had not learned – lots of healings – release from jail – a resurrection – miraculous divine guidance. Most of these events were apparently not even asked for (prayed for), though some were. Where there are true Jesus followers, God tends to do wonderful, necessary, but unusual, things.

They continually spoke up, even if under threat. But they never claimed to be “gods” (as they were sometimes called), nor were they rude or harsh. They freely and clearly spoke their Gospel, but they never tried to force people, or to take control of the powers of the state.