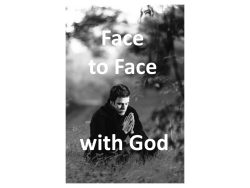 According to the Biblical account the ancient prophet Daniel was a very highly placed governmental / political figure, a man with tremendous responsibilities and an excellent reputation. So, of course, other powerful persons begin to scrutinize him – not to get a clue about good government or integrity in high places – but, as in many recent examples in our own country, in order to bring him down, “whatever it takes.”

Well, they decide it has to be an assault on the core of his being – his integrity before his god. You know the story. He has the support of the ruler-regent, Darius, but that doesn’t help. He does win, but only by miraculous Divine intervention.

Three times a day he got down on his knees and prayed, giving thanks to his God, just as he had done before. Then these men went as a group and found Daniel praying and asking God for help. (6:11,12)

Do I think the story is literally true? Personally, I do. But even if it’s ‘just a story’,

it shows some profound insight into the realities of effective prayer in – and for – the real world.

1. Daniel gave thanks to his God.

Surely a man of his responsibilities and reputation was not giving thanks for the price of tea in China or the smooth metaphysical mysteries of some secret realm of pure spirit. He was giving thanks – at least – for good things happening in his daily administrative and political responsibilities.

Give thanks, and ask for help. Daily; maybe more than daily. I think we should do that. If a lot of us did, it could become a powerful force for good in our world.Click To Tweet

And just as surely, when he asked for help, he was not asking only for more insight into those metaphysical mysteries, or only a little increase in his income so he could further diversify his investments. He was asking – at least – for alertness and wisdom, maybe even for information and some direct Divine intervention, in his daily administrative and political responsibilities.

Wherever we find ourselves, at whatever level of responsibility and influence, that would be a strong combination. Give thanks, today, for present goods. Ask for help, today, in present challenges and responsibilities. From what I know of the God presented in the Bible, that God would very much appreciate that kind of praying. And everyone who has even the most minimal mental capacity can do those two things. What an immense and egalitarian blessing.

Give thanks, and ask for help. Daily; maybe more than daily. I think we should do that. If a lot of us did, it could become a powerful force for good in our world.