These sayings may have a Biblical sound to them. But they are not Biblical. 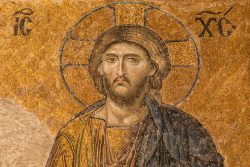 Setting aside the teachings of Jesus, the apostles, and the Hebrew prophets,

these revisions unfortunately fit well with current neo-con (new Republicans) or neo-lib (new Democrats) American values. They were written by Eric Mader in the early 2000’s during the Bush years. This is list 1; you may also want to see list 2..

The column on the right shows how some of the original sayings actually appear in the Bible. Please compare!

Rewards and Punishments; the Deserving and Undeserving

But I tell you, do not resist an evil person. If anyone slaps you on the right cheek, turn to them the other cheek also. And if anyone wants to sue you and take your shirt, hand over your coat as well. If anyone forces you to go one mile, go with them two miles. [Matthew 5:39-41]

Do not judge, or you too will be judged. For in the same way you judge others, you will be judged, and with the measure you use, it will be measured to you.
Why do you look at the speck of sawdust in your brother’s eye and pay no attention to the plank in your own eye? How can you say to your brother, ‘Let me take the speck out of your eye,’ when all the time there is a plank in your own eye?
You hypocrite, first take the plank out of your own eye, and then you will see clearly to remove the speck from your brother’s eye. [Matthew 7:1-5]

I have a question:

How in the world

can professing Christ-followers allow themselves
to protect, support and justify
those who live by such false perspectives? 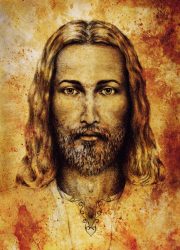 And I Have Three Crucial Observations:

1. These sayings are not exaggerations.

They are pretty accurate.
Those who do not wish such things attributed to them
should neither live that way, nor promote those who do.

2. Let us not pretend to be surprised or offended

Not in the least. If we knew our Bibles we would know the Bible is full of complaints about exactly these kinds of thinking and behavior. And in Bible days these were often being practiced and promoted by the religious teachers and the political leaders whom they supported. We should FULLY expect it, and be watching for what the Bible indicates we will find around us.

3. We really have to choose.

Which line of thinking – and acting – will we honor and endeavor to follow? Jesus makes it pretty clear which line he is in.
We are being pressed by Jesus Himself to make the right and healthy choice –
regardless of how people around us are choosing.