Frank Laubach (1884-1970) worked all over the world, with considerable positive impact. 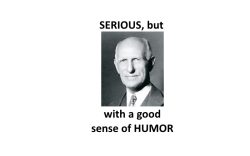 He was known for the two major themes of his life

– especially a very personal relational prayer practice, and one that was prevalent throughout all his days and hours.

He was amazingly successful at this, traveled all over the world, prepared literacy materials and training systems in many languages.   He loved it.
It’s quite interesting that he deeply believed his prayer life brought the enabling power and guidance for his literacy work.

Actually, there’s a third theme, tied closely to the second.

3. He had much concern for economic and political freedom and justice.

Regarding prayer life and literacy work:

A turning point came in Laubach’s life in 1930 … He … learned how to continually practice the presence of God. Immediately, Laubach’s literacy work was transformed.

Regarding freedom and justice issues:

An official of a gold mining company spoke to Laubach and told him that he had nothing against him personally, but professionally Laubach was his enemy.
The man said, “If you teach these savages to read, they will soon think they are as good as we are.  Can’t you see that you will start unrest and labor troubles all over Africa?”
This helped Laubach realize he was working not only for illiterates, but also for the emancipation of Africa.

But – About that Sense of Humor?

Just let me give two examples, quotes from his own writing, one near the beginning of his life, one near the end.
On September 2, 1964, Laubach had his eightieth birthday…

I have good news for you. The first eighty years are the hardest. The second eighty, so far as my experience goes, is a succession of birthday parties.

When the Great Depression hit, he lost financial support for literacy teachers doing tribal work in the Philippines. In 1931 he called a tribal meeting to explain. “The teachers did not show any resentment” but

Kakai Dalangit, a tall chieftain with fierce black eyes, stood up. He has thirteen wives and all he has to do is to look at them and they behave.
He looked at me with those fierce eyes and said, “This campaign shall not stop. It’s Lanao’s only hope.”
Then he looked at those teachers with his fierce eyes and said, ‘I’ll make everybody who knows how to read teach somebody else, or I’ll kill him.”
Everybody taught.
Nobody died.
Everybody liked it.
I did not like the motto “teach or die” and so changed it to “Each One Teach One.”

Frank Laubach's major life themes: 1) Prayer - a very personal relational prayer practice, prevalent throughout all his days and hours. 2) Helping people learn to read. He tied the 2 together, very successfully.Click To Tweet [ Information and quotations in this post are from Frank C. Laubach: Man of Faith, J. Gregory Lawson, Baylor Printing Service, 1991. ]