There are certain words,
Our own and others’ …
Liberty, equality, fraternity…
We hold these truths to be self-evident.
I am merely saying – what if these words pass?

A new era begins in America. 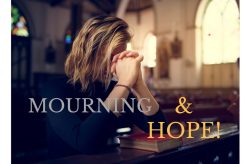 We have reason to mourn, and reason to hope. Let’s do both. We’ll likely get the same old stuff, but much more blatant; and that’s not good. And there may well be some good things happening. That IS good.

It’s already “more blatant,” making us all more realistic, and that’s good. But that’s not the hope I mean.

– whether you are optimistic or pessimistic about Trump.

“First Peter” was written to people under stress, under threat, or experiencing mistreatment by their governments and their neighbors. If we think we are under threat, as I certainly do (not because I’m a Christian, but because of this wildly unpredictable administration) – or if we don’t think that – this is always good advice:  (1 Peter 4:7-10)

Regardless of our thoughts about American politics, we are called to do those things.

And we CAN do those things. If we do those things we make the world a better place. If we don’t, we contribute to its decline. Pretty simple choice! Maybe not easy, but simple – as in obvious. Let’s do the good!

Still – some of us must mourn now

– many millions of us, all around the world.  We (the US) have spent decades getting ourselves to this point, to a choice between two dangerous, completely unacceptable candidates. And now one of them is President.

We will go on,

But some time in mourning is a healthy thing. In truth there is much good that is likely to be destroyed – threats clearly made. As I wrote elsewhere (“I’m Relieved Clinton Lost” and “I’ll Vote Neither Trump nor Clinton”), that would be equally likely under a Clinton administration – just with different emphasis, targets, and style. But given

it’s safe to say that there is damage and suffering coming for many of us, our kids, our grandkids, all those we love. It’s a serious business.  “Weeping for a night” is very appropriate. But then – on with the doing of Good, regardless!

“Send in the Clowns”

This is a s 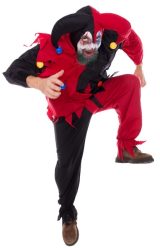 ad song, not at all a joke. It has been helpful to me in feeling that mourning – maybe it will help you too. It is a very real thing.

We don’t want to stay in deep mourning, but I think we do need to honestly feel it. It may help us avoid getting trapped in cynicism, anger, or despair. We need to avoid those traps – cynicism, anger, and despair – because there will be work to be done! We will need to think, pray, love each other deeply, show hospitality, serve others, speak the truth, etc., etc.

You probably have other song(s) that help with such things. It would be nice if you’d share one or two with us. Here’s a simple Frank Sinatra version: “Send in the Clowns”.