When you try to control what you are powerless over, You lose control over what you can manage.

My cousin in soCal was cleaning out old emails and sent me this one I sent her a year ago. I still like it. 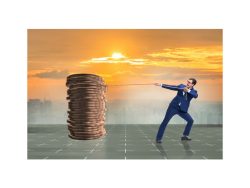 “I’m wading through “Created Unequal: The Crisis in American Pay”, by James K Galbraith (econ prof at Austin, and son of John Kenneth G.). It was described online as somewhat technical but “accessible to the determined lay reader.” Well, I’m lying down, and I’m a reader. I am getting the points, and it’s really fun. I like these Galbraiths; they are smart, counter- economics- establishment- cultural, and they have a sense of humor (John much more humorous than James, but you can detect the connection). And they are willing to be in-your-face. ”

“First sentences (from the Acknowledgements), ‘Famine is a political event. It is not caused by drought, flood, or other natural disaster alone. Wherever one examines ….. everywhere and always one finds the mark of policy — specific governmental actions that deprived the poor of their livelihoods or their incomes. We owe this teaching to Amartya Sen, and few economists dispute it.'”

“So I go to Amazon and browse about Amartya Sen. Present or former Harvard prof, he’s actually published a book called something like “Ethics and Economics” (seems to be technical ethical theory arguments). And somewhere I read that he refuses to acknowledge a distinction between economics and ethics. WELL how about THAT!! I just think that is so cool — so REALISTIC!!!”

“Why, if the Lord spends 1/3 the Old Testament and a good part of the New fussing (very heatedly!) about economics issues, do we Christians not make a connection between economics and ethics, economics and spirituality, economics and preaching, etc. etc. Should we not care about what God cares about? That’s not all God cares about, obviously, but it’s a big part, and it overlaps a lot even with the other issues I suspect.”