In spite of Isaiah, and other Bible sources, we’ve all heard this – something like:

I. It is NOT the government’s place to interfere in economic matters – tell people how they should spend their money or how they should treat their employees. That warps economic process and is an abuse of freedom and a terrible threat to all of us. So it is anti-American and very unChristian. And it will lead to socialism and Communism and fascism and tyranny.

A major theme of the Bible is that there is indeed a higher standard for public behavior than the preferences of the wealthy and powerful of this world.

II. And it is not moral for any government to forcibly take money from anyone for any purpose – certainly not to use it for the benefit of someone else. When you get down to it, they feel, taxation is theft. 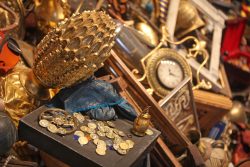 Those attitudes are not actually capitalism; and of course I am stating it in extreme terms though I do hear it in those terms. Still, aside from the fact that such radical anti-government attitudes seem quite un-American in sentiment, there IS this question that bothers me.

Question 1: Why Does Isaiah Complain About the Moral Effects of Economic Practices?

Your rulers are rebels,
companions of thieves;
they all love bribes
and chase after gifts.


A bit more from Isaiah...
They do not defend the cause of the fatherless; the widow’s case does not come before them. Therefore the Lord, the LORD Almighty, the Mighty One of Israel, declares: “Ah, I will get relief from my foes and avenge myself on my enemies.”

Don’t you suppose someone should WARN these greedy and corrupt “rulers, companions of thieves” who do not protect the fatherless and the husbandless, that God intends to “get relief from” them – from their bad moral behavior? Well, somebody is warning them. Isaiah is – in the Bible.

But doesn’t such public warning risk people getting stirred up to do something about it? Somebody? Somewhere? Maybe even somebody with some clout who will try to get the government or the people to effectively interfere with the freedom of these “enemies” of God? Do we think Isaiah was out of line, and it was a mistake to include things like this in the Bible?

And there’s this in Isaiah 58.

‘Why have we fasted,’ they say,
‘and you have not seen it?
Why have we humbled ourselves,
and you have not noticed?’
“Yet on the day of your fasting, you do as you please
and exploit all your workers.”
“Is not this the kind of fasting I have chosen:
to loose the chains of injustice
and untie the cords of the yoke,
to set the oppressed free
and break every yoke?

Question 1 reworded: WHO does Isaiah think is going to do anything about such misbehavior?

Answer (from hyper-capitalist Christians): Only the offenders themselves can be expected to do anything about it. No one else has any right to interfere in such natural economic developments. It’s the “invisible hand” of the economy. It’s the way nature works; and we should not interfere with nature – well, at least not with THIS aspect of nature.

Thus, for example, economist James K Galbraith can sanely argue, following world-class economist Amartya Sen, that famine is a human-caused event (see the quote below*). It could also be argued, and has been, that bad or unenforced building codes which lead to hundreds of thousands of deaths in earthquakes are human-caused moral/economic events.

But by pushing their economic hands off philosophy these super-capitalists have worked to remove economics from the realm of moral thought and judgment.

So it comes down to this: according to their way of thinking we cannot force anyone to obey general moral principles if they touch economics or the freedoms of those with money. We cannot enforce or even emphasize moral principles!! (with the exception, apparently, of principles that have to do with sex or drugs or speeding or maybe weapons).

But then we get to my

Question #2: If there is no one with freedom or responsibility to legitimately and forcefully complain about such things, why is Isaiah blathering on?

But their touchiness about it very clearly implies it is not the business of any writer or preacher or prophet or moral voice to complain
The Biblical truth is that Isaiah, as a well-known and respected prophet of the Most High, of the God his people worship in the Temple, IS an authority and his words carry weight. And he IS interfering with the wealth and behavior of the wealthy.

I ask because I “get yelled at” for even bringing the issue up. Why can’t I even TALK about it? I’m a long-time Bible student and even a preacher of the Bible, after all!

But their touchiness about it very clearly implies it is not the business of any writer or preacher or prophet or moral voice to complain about how things go
– in the economy
– and in the tax system
– and in the enforced redistribution of wealth that is an unavoidable part of ANY functioning governmental system.

We have to choose which judges we will listen to and submit to; and our choices WILL show up in what we talk about and advocate for.
According to their line of thought no agent or imagined agent of God, of the government, or of any opposition person or party can be permitted to speak about
– greed or
– tax inequity or
– poor pay or
– lousy working conditions or
– unfair lending practices or
– dishonest banks and brokerages
because such things are just the outworking of the (economic) Laws of Nature and of Nature’s God.

But I’m sorry; I ain’t buyin’ it. And I don’t think any of us should buy it.  Is the ‘Invisible Hand’ of the market our Real God?  No.

A major theme of the Bible is that there is indeed a higher standard for public behavior than the preferences of the wealthy and powerful of this world. Isaiah shows there is a higher Judge of morality than the invisible laws of economics. And that higher Judge does know how to ask questions.

Isaiah did it responsibly and faithfully. We can too.

Further, those who claim to be followers of Jesus – who talked so much about such issues, and who referred to Isaiah frequently – should be especially well-informed and out-spoken about it.

Famine is a political event. It is not caused by drought, flood, or other natural disaster alone. . . everywhere and always one finds the mark of policy – specific governmental actions that deprived the poor of their livelihoods or their incomes.
We owe this teaching to Amartya Sen, and few economists dispute it.
. . .
This book is a reflection on the power of economic policy to achieve an evil result.

(This article is a slight revision of one published here in 2010.)

Leave a Reply to Wyoming X