WHAT IS ‘CREATIVE FIDELITY’? 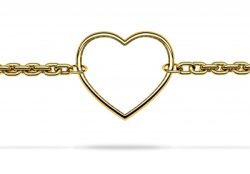 In a text I use for my “Life and Teachings of Jesus” class at the college, the author discusses the ‘how-to’ of inter-personal relationships, insisting that there are “moral as well as intellectual capacities” required. He lists seven required moral qualities: Trust, Respect, Attentiveness, Meditation on the other in silence, Patience, Suffering, and Creative Fidelity. [1]

“Creative Fidelity” is the solution Gabriel Marcel (French Catholic existentialist philosopher) provided for the problem of time and change in human relationships. [2]

For example, the man who made my wedding vows is not the man I am today.  I am more experienced, more knowledgeable, more mature, perhaps wiser, have different interests and occupations. My spouse also has changed significantly. Why should these older and wiser persons be bound by promises made by younger and more foolish people who in so many ways no longer exist?

I am sure they should; that’s what ‘vow’ means. But how can that work?

A conscious attention to those facts and that ideal can profoundly affect a marriage, and no doubt many other committed relationships. We should spread the meme around.

CAN WE PRACTICE ‘CREATIVE FIDELITY’ TOWARD THE USA?

Is America worth being faithful to? Would that be appropriate? The idea does not seem to translate directly to my (our) personal relationship with the USA; but there is enough parallel to make it worth thinking about.

Should I – can I – continue, even under the rapidly deteriorating circumstances of these last four years, to love and invest my heart in this people, their institutions, their experiences, traumas, needs and future? Well, I think I can. But it’s going to take some creativity, some patience, some suffering, and some guts.

The people running the government now – and much of the media – have made clear that they have no respect for our Constitution and the values implicit or explicit in it, nor for our historic patterns of government and of international relations. True, those historic patterns have things in them to make a Christian feel revulsion or anger, or even shed tears. But those patterns were much better than the roads we are being led down now. And hundreds of thousands of our ancestors and contemporaries have fought and died to preserve and develop them.

Times have changed. Those values and the institutions that give them expression are under deliberate, sustained, and very powerful attack. We have to adapt. I don’t know all the “how-to’s” of that, to say the least. But I do know it starts in the heart. Fidelity is a matter of the heart, and that’s what will enable the creativity and commitment.

“OUR CASE IS NEW“

As our case is new, so we must think anew and act anew. We must disenthrall ourselves [from our memories of a more manageable, more comfortable America], and then we shall save our country.

The Bush radicals have vigorously shoved us into a new era, and there is no way back. It’s no longer politics as usual or life as usual – and we can not see clearly the nature or the magnitude of the changes that are already well on the way. Profound changes are already under way even if our government soon recovers integrity and a sense of responsibility. If this corrupt regime becomes relatively powerless or is completely replaced in the near future, still, far more than in Bob Dylan’s heyday, “the times, they are a changin”. In order to be faithful to America, and to ourselves, we will have to keep adjusting our reactions, our expectations and our methods.

OUR COMMITMENTS AREN’T SO NEW

We may have made those commitments without thinking a lot about it, more or less by default as a product of the way we were brought up. Or we may have made them very deliberately and repeatedly. Either way they represent a serious moral obligation. They deserve from us both fidelity and creativity, a deliberate on-going choice to adapt, so we can continue to keep honoring our fundamental commitments.

Of course, there is an opposite possibility. What if the other party to the relationship – in this case the US of A – truly ditches you, even turns against you? Writing of “Trust” Johnson says, “Perhaps the evidence will challenge or even subvert the premise established by trust.” Then “the learner must take up the stance of the scientist who learns only from surface appearances.” They do not WANT you to know them. Then you are an outsider.

Nuts. I guess we’re already well into that pattern. They don’t want us to know them or have any influence. We have been forced into the status of outsiders in relation to our own government.

But don’t you think we can and should practice a form of “creative fidelity” toward the nation itself? And to those good principles and values that have helped shape it over the years? Then maybe we can bring even our government back into a more open and responsible relationship to ‘we the people of these United States’ and to the rest of the world.

We can practice 'creative fidelity' toward the nation itself - the good values that have helped shape us over the years - bring even government back into a more open and responsible relationship to 'we the people.Click To Tweet