The problems remain.
This was written about 12 years ago (as of today, in February 2017). Wow. And the problems remain, and have grown; which means these things still need thinking and talking about. References and Bible quotations are at the end. 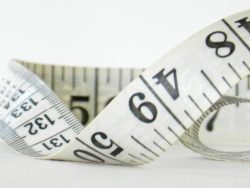 These moral guidelines are fundamental and raise several areas of concern about current Republican party leadership and spokespersons.

Few … campaign against greed or the promotion of profits above every other value. In fact they honor these moral errors.

Jesus and the prophets spoke often and vigorously against economic exploitation of workers and of the poor. This should be part of being pro-life; but these are not priority issues in today’s “pro-life” Republican party. The Apostle Paul said greed is equal to idolatry, and the love of money is the root of all sorts of evils; but few Republicans campaign against greed or the promotion of profits above every other value. In fact they honor these moral errors. Peter warned against malice and slander; but Republican leaders do not confront and reject the support they receive from popular slanderers who promote their agenda.

The Company They Keep

This Administration is not the Republican Party of old, and the Party’s primary spokesmen today are often not the kind of people Christians want to associate with. The most widely heard Republican party apologist, Rush Limbaugh, in effect worships himself, freely makes up “truth”, and maligns far better men and women; and he does all of this publicly, and daily. Ann Coulter is no better. Other party leaders are cut from similar cloth, though a little more fashionably. Tom DeLay, Trent Lott, Dick Cheney, Rumsfeld, Wolfowitz, Rove, Gingrich – all behave as if there is no value that can trump the pursuit of wealth and power.

Since these people are the party’s prominent leaders and voices, many Christians would feel deeply compromised to associate with or offer support to such a party. Jesus said, “I am gentle and humble in heart, and you will find rest for your souls.” We do not find those things cultivated in us by Republican spokespersons.

Mis-use of the Pulpit

Elections are bought, if indirectly, on a regular basis. It is very unpleasant to vote in support of candidates who win by buying elections, and by slanderous multi-media attacks at the last minute. We have all seen it, and we know which party has the money and seems most willing to do it. Many Christians feel morally uncomfortable about supporting such truly anti-American behavior.

One party … is working blatantly to take the vote from hundreds of thousands of minorities.

One party has pressed vigorously, using legal and illegal means, to subvert or reverse the decisions of the people given in duly scheduled popular elections in Florida and California. The same party is working blatantly to take the vote from hundreds of thousands of minorities in US Congressional elections in Texas. Christians want to vote pro-honesty, pro-democracy, and pro-civility – and many feel they cannot do so these days if they vote Republican.

It seems the pro-life issue is used only for fund-raising and other political purposes.

Christians are often pro-life. But if they vote pro-life they have to lend their support to this new unsavory kind of Republican party. The cost is too high. Many feel that the new-style Republicans in control of the party are using this issue primarily to push other agenda items. Christians often don’t want to support that other agenda, especially if it seems the pro-life issue is used only for fund-raising and other political purposes.

Abortion could be very rare in this country. Surely much progress would be made – even if laws weren’t changed – if the churches were making the moral and cultural difference at the local level that they should, and could, be making. As it is, agitation, emotion and money are corrupting our politics – and our churches – and not doing much good at all in this tragic area of American life.

Surely those Christians are not evil who want our society to protect the economic and civil rights of fellow citizens – even those not willing or able to live exactly by our spiritual light.

This is one of the least-prominent issues in the Bible, but one of the most prominent among religious Republican activists. We must truly defend marriage in our own marriages. We must practice and promote healthy sexual attitudes and behavior in our churches. But surely those Christians are not evil who want our society to protect the economic and civil rights of fellow citizens – those not willing or able to live exactly by our spiritual light. If we truly let him who is without sin cast the first stone, there would be far fewer stones cast in our land.

Perhaps not all of these issues are equally important to you personally; but all of them involve Christian morality, and for many people they are decisive.

a conservative writer:
Cal Thomas, Ed Dobson, Blinded by Might: Why the Religious Right Can’t Save America, Zondervan, 2000, p110
Exploitation of Workers and Poor:
Jeremiah 22:15,16 “Does it make you a king to have more and more cedar? Did not your father have food and drink? He did what was right and just, so all went well with him. He defended the cause of the poor and needy, and so all went well. Is that not what it means to know me?” declares the LORD.

Micah 2:1-3 Woe to those who plan iniquity, to those who plot evil on their beds! At morning’s light they carry it out because it is in their power to do it. They covet fields and seize them, and houses, and take them. They defraud a man of his home, a fellowman of his inheritance. Therefore, the LORD says: “I am planning disaster against this people, from which you cannot save yourselves.

Isaiah 58:3,6,7,10 Yet on the day of your fasting, you do as you please and exploit all your workers….Is not this the kind of fasting I have chosen: to loose the chains of injustice and untie the cords of the yoke, to set the oppressed free and break every yoke? Is it not to share your food with the hungry and to provide the poor wanderer with shelter- when you see the naked, to clothe him, and not to turn away from your own flesh and blood?

Isaiah 1:17 Learn to do right! Seek justice, encourage the oppressed. Defend the cause of the fatherless, plead the case of the widow.

Mark 12:38,39 Watch out for the teachers of the law . . . . They devour widows’ houses and for a show make lengthy prayers. Such men will be punished most severely.

Economic issues are pro-life issues:
Micah hits hard on economic injustice, and uses extreme language to show how much of a life-and-death matter it really is.

Micah 3:1-3 Listen, you leaders of Jacob, you rulers of the house of Israel. Should you not know justice, you who hate good and love evil; who tear the skin from my people and the flesh from their bones; who eat my people’s flesh, strip off their skin and break their bones in pieces; who chop them up like meat for the pan, like flesh for the pot?

Ephesians 5:5 For of this you can be sure: No immoral, impure or greedy person–such a man is an idolater–has any inheritance in the kingdom of Christ and of God.

I Timothy 6:5,9-10 . . . men of corrupt mind, who have been robbed of the truth and who think that godliness is a means to financial gain . . . . People who want to get rich fall into temptation and a trap and into many foolish and harmful desires that plunge men into ruin and destruction. For the love of money is a root of all kinds of evil. Some people, eager for money, have wandered from the faith and pierced themselves with many griefs.

I Peter 2:1 Therefore, rid yourselves of all malice and all deceit, hypocrisy, envy, and slander of every kind.

The Company They Keep:
Psalm 1:1 Blessed is the man who does not walk in the counsel of the wicked or stand in the way of sinners or sit in the seat of mockers.

Proverbs 13:20 He who walks with the wise grows wise, but a companion of fools suffers harm.

Isaiah 32:5 No longer will the fool be called noble nor the scoundrel be highly respected.

Wealth and Power:
Micah 3:11,12 Her leaders judge for a bribe, her priests teach for a price, and her prophets tell fortunes for money. Yet they lean upon the LORD and say, “Is not the LORD among us? No disaster will come upon us.” Therefore because of you, Zion will be plowed like a field.

Isaiah 1:23 Your rulers are rebels, companions of thieves; they all love bribes and chase after gifts. They do not defend the cause of the fatherless; the widow’s case does not come before them.

Ezekiel 34: 13,20 Is it not enough for you to feed on the good pasture? Must you also trample the rest of your pasture with your feet? Is it not enough for you to drink clear water? Must you also muddy the rest with your feet? . . . . Therefore this is what the Sovereign LORD says to them: See, I myself will judge between the fat sheep and the lean sheep.

Proverbs 14:31 He who oppresses the poor shows contempt for their Maker, but whoever is kind to the needy honors God.

'Gentle and Humble':
Quoted from Matthew 11:28
Pro-life:
Proverbs 24:11,12 Rescue those being led away to death; hold back those staggering toward slaughter. If you say, “But we knew nothing about this,” does not he who weighs the heart perceive it? Does not he who guards your life know it? Will he not repay each person according to what he has done?
Mis-using moral teachings to promote another agenda:
Luke 12:2 Be on your guard against the yeast of the Pharisees, which is hypocrisy. There is nothing concealed that will not be disclosed, or hidden that will not be made known.
Homosexuality in the Teachings of Jesus:
Cast the First Stone: Jesus said, in John 8:7, “If any one of you is without sin, let him be the first to throw a stone at her.”
Share
Share
Tweet
Pin